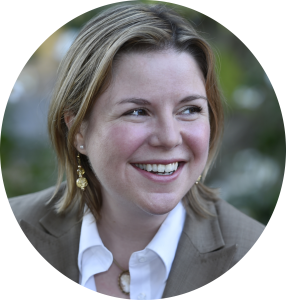 Thanks for the submissions — and the secondhand anxiety

Each winner below will be receiving a copy of my book, Is This Working? (out now!).

The Pubic Nuisance of Poor Proofreading

Incredibly, these two stories feature the SAME horrific typo — which, as an editor, fills me with equal parts glee and fear. I couldn’t possibly choose between them, so you get to read both. Enjoy!

At my first job that was actually in my desired field (nonprofit comms) I was in charge of a daily email that went out in the early hours of the morning — like, hit send by 8am. The email was a daily news roundup related to our issues, so it had to be finished in the morning. I would get up at 5:30am, make my coffee, hit Twitter feeds and Google alerts to find relevant links, write my pithy copy about each of the articles, come up with a catchy headline, look over a test email around 7:30, and hit send. Needless to say, it was an exhausting job. And the email in question went to a pretty big list — we’re talking thousands of readers, many of whom were experts in the field relying on me to do their news roundup. PRESSURE.

I started the job in spring 2013, and at first the person who held the job before me would roll out of bed at 7am, looking for a test email from me to give it a once-over before I hit send. By fall, they trusted me to get it right on my own. So by February 2014, I was working without backup. My lead article was by a person directly connected to our organization, and was about public campaign financing. My pithy headline: “Public Financing Means People Speak Louder Than PACs.” Said pithy headline went in the body of the email and in the subject line. It was typed correctly in the body of the email. But the subject line? I dropped an “L” in that first word. Yes, I sent thousands of people an early morning email that said “pubic financing” in the subject line.

I didn’t notice at first, naturally. But before I even got to the office, I had an email from the Development VP, who forwarded an email from his wife. She was the first one to catch it. But it kept going. I got to the office around 10am, at which point my boss pulled me aside to talk about my major mistake. As she pointed out, I was unlikely to make that typo again. Ever. (And she was right, I haven’t.) But we needed to do something. So we resent the email. Complete duplicate, correcting the subject line, with [CORRECTED] at the end. I was so embarrassed, so sure that some important outside the organization would notice and look down on us for it. Luckily, it turned out okay — no big blow ups. But I still work in communications, and I’m still extra cautious whenever I write about anything public.

So earlier in my career while working for a strategy consulting firm, I was on a team supporting a wireless communications company. Our client was interested in launching a new offering focused on serving public safety agencies (police, fire, EMT, etc.).

It was a week prior to our “final readout” (a set of recommendations intended to be delivered to the Vice Chairman of the company), and our team was on a roll. We had made terrific progress the week before, and had become increasingly efficient. We had divided the work effectively, and we trusted one another.

The day of the final readout came. The meeting was going well. Lots of great dialogue between members of our team. Five minutes in and my slides were about to come up. I was feeling great.

I was mortified. PUBIC SAFETY? Really? And no one else on my team saw it?

The Vice Chairman thought it was hilarious, but I could tell that it did take a bit of air out of our credibility. After the meeting I got some stern words from the senior partner on my team, but I could also tell that he too was slightly amused.

It would be a couple of more projects before I felt like I had my feet under me, but nowadays I think it’s a great story. I also learned some solid lessons from the experience (stay humble, spell check has its limitations , etc.).

And by the way, don’t get me wrong — I also see why pubic safety is important, too.

Some Advice, Since Clearly This Is an Issue

Although newer versions of Microsoft Word will flag words that seem like mistakes even if they’re spelled correctly ( “vein” vs. “vain,” etc. ) it would appear that “pubic” in inappropriate contexts still slips past their filter. So maybe do a “find word” search for that term on any high-profile writing projects that contain the word “public” — just in case! ~Businesslady

Take it from someone who knows: that forbidden fruit is poison

I let myself get sucked into a work flirtation and then allowed it to become a poorly thought-out one night stand! (Hey young girls — don’t do this!) I slow-burned on my office-mate for months while he did the same to me — flirty texts turned into having lunch together a lot turned into hanging out on a Sunday turned into staying at his place and having a super-duper sexy time that I REALLY regretted the next day. We both woke up all bleary and hungover (even though NO drugs/alcohol were consumed — it was pure lust chemicals, baby!) and then had to go into work on Monday. I vividly remember sitting in a conference call with our coworkers in another office and the “OH NO WHAT DID WE DO” vibe being so thick in the air.

But why wasn’t this just a fun bubbly work meet-cute that blossomed into a loving relationship, you ask? Oh, because it turned out he had all kinds of unresolved psychological issues that manifested in a serious binge drinking problem! I was smart enough to stay away from that so we pivoted to a strained professionalism and then he left the company. Anyway, I really wish I had maintained stronger boundaries so that we could have a relationship was cordial enough to use him as a professional reference — as it stands now I’m way too humiliated and ashamed to ask him for anything like that. Shoulda left it alone — the longterm networking opportunities would have been way more valuable than the single night of illicit passion! But you know how it goes — that forbidden fruit, man.

I just want to preface this by saying I’m actually a great co-worker and responsible adult. All my reviews are stellar.

That said, my first job out of college really set me up for some disastrous ideas about professional norms that I’m still recovering from. I did events and marketing for a tiny company that sold clothing at sports events. There are plenty of stories from that era, but this one’s pretty typical and actually turned out ok:

That Sounded Different in My Head

When my mother worked at the Pentagon years ago, she happened to run into a military officer when he was coming in wearing civilian clothes to grab something from his desk. It was the first time she’d seen him out of uniform and apparently exclaimed loudly in the middle of the office, “[Bill], I didn’t recognize you with your clothes on!”